At Samanvaya, responding to the needs of society to build a better planet has meant that we have shaped several institutions in their conception and growth since our very inception. Independently and in collaboration with others Samanvaya has evolved institutions that are futuristic in nature and are contributing towards shaping a better planet. These institutions are based on imagination, dialogue and convictions that we align with and are proud to be associated with in diverse capacities.

Development of the Sustainable Livelihoods Institute (SLI)  in Auroville was based on a concept note that was drafted by Director Samanvaya in 2012. During the subsequent two years, Director Samanvaya facilitated the evolution of this venture as a collaborative one between Auroville Foundation, an autonomous body under the Ministry of Human Resource Development, Government of India and the Tamil Nadu State Rural Livelihood Mission (TNSRLM), Government of Tamil Nadu. He was deputed from Samanvaya to be the first Director of SLI between 2015 and 2019. Since then, he has been holding a voluntary position. More about the venture at www.tnavsli.in

An eco-theological company that has was created and is managed by Ref. Sara Wolcott, a close friend and co-traveller. This seed of an idea few years back today is not merely setting a new dialogue on social issues, but, also mentoring and nurturing several new thought leaders and initiators in the US community. Team Samanvaya was involved in the initial discussions in setting up of the venture and as a sounding board early on and has participated in several institutional development discussions and part of many of the initiatives of this institute. Jointly Ram, from Samanvaya has done several programmes with Rev. Sara in Germany, USA, Ecuador and India. More details about the programmes and activities are available here.

In 2007-09, Chief Samanvaya spent few days every month with the Multiversity initiative in Goa and also attended the annual meeting at Penang with the late Md. Idris of the Third World Network. In the early years of the Multiversity network emergence, there was an attempt to set-up a campus for the same in Tamil Nadu in the late 1990s. This initiative taken by the legendary late Organic Farming leader, Thiru. Nammalvar could not be sustained for various reasons. In late 2020, there was a request to shape an initiative in the name of Nammalvar as a Multiversity in Tamil Nadu. Samanvaya Chief was involved in the setting up of the basic idea for such an initiative and also creating the legal entity that can host such a venture. The institution is still in early days of emergence.

Dharma today is more commonly understood in a reduced sense to just mean the practice of the faith system called Hinduism. However, Dharma is an old tern that was used to indicate ethical code of conduct, it is common to both Hinduism and Buddhism and has been written at different times.  The real eternal ethical practice of Dharma is often seen in the acts and institutions of the ordinary people of the land who have deeply internalized the ethical code of conduct long before they were aggregated as followers of a faith system.  The Dharma Institute has been created by as an initiative by Samanvaya to re-create the dialogues on Ethics among the ordinary people as a continuum of belief and strengths that already exist even as we address the limitations and weaknesses. 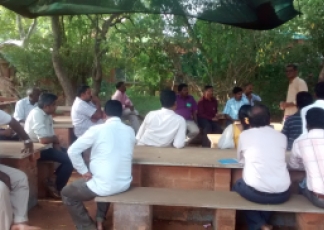 Who talks about freedom in India? Why not ask people who are doing amazing work to talk about freedom around the Independence Day? 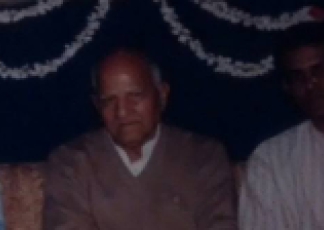 Samanvaya has hosted and maintained the online repository of the Gandhian Historian late Sri Dharampal through the website www.dharampal.net
View More